As me and my bloke are getting on in years and finding camping a bit too much for our old bones, we decided to buy a 'motorhome'. So about 18 months ago we got Myfanwy. This is what she looked like when we got her

and this shows a bit of what she looks like inside now, we'll be taking more photos soon,


and this is her parked up at Tan Hill, showing off her new solar panels.

Mr C and I travelled round New Zealand in a camper-van for our honeymoon and I have to say that it's a way of life that I could get very accustomed to! 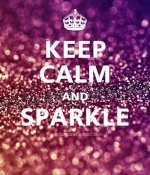 Myfanwy is the best thing we've ever bought. I wanted a nice shiny 'proper' camper van but we just didn't have the money, so we went down the converted horsebox route. She's 30 years old but being a Mercedes engine, she starts every time with no bother and the engine is very basic, so there's not much to go wrong but at 7.5t, she's a bit of a handful to park on the drive but she's so very useful when we go to festivals to give the workshops. I do feel rather spoiled now, after spending all my holidaying life under canvas and my bell tent is feeling a bit neglected, but at least we can now extend the camping season and stay warm and dry. The only trouble is that because she's so big, we have got a couple of lodgers who now come camping with us quite a lot and my son's friends get to have sleepovers.

I am definitely jealous, my mum and her husband have sold almost everything and now live in their camper and are travelling around Aus. I want to do this too one day, but for hubby it will have to be airconditioned

We decided to buy a new camper (a Jayco Swan) after spending $1000 on accomodation for a week when my dad got remarried. We though it woul dbe much cheaper accomodation for holidays. This was we get to go away about twice a year rather than only once every 2 years.

My personal Scrapbooking blog [You must be registered and logged in to see this link.]

Another jealous admirer ! We once hired a camper and went around Scotland for a week. So much better than camping in that climate, as it tended to rain for at least some part of every day.
We still talk about buying a camper van every time we see one, but there always seems to be something else that needs money throwing at it.
Just have to hope for that lottery win...

Wow, nice job on the interior! You're going to be soooo cosy in that! 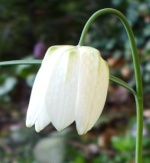