I noticed today that a row of peas were emerging rather nicely at the allotment.  There are enough pidgeons about that they need some protection as well as support.  Having "pruned" a silver birch overhanging my plot earlier in the year, I have plenty of birch twigs to hand, so decided to use traditional pea sticks rather than plastic mesh: 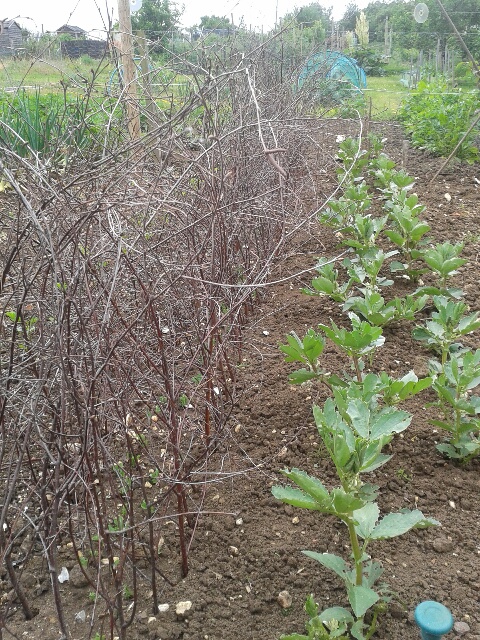 This is just what my dad would have done; growing up in Sheffield there was a lot of birch around; it was grown for it's use in the steel industry - birch twigs are thrown onto hot steel during the milling process to release the mill scale fro the surface of the metal.  Birch is the material of choice for pea sticks for the same reason that they are the best for making a besom; the twigs remain flexible and don't go brittle and break as they dry out.

I find it interesting how former industry shapes the environment;  near here in Bedfordshire it on not birch, but poplar we have woods planted with - for the matchstick making industry. 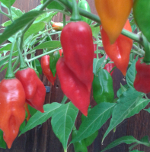