I've just come in from the garden having found my runner beans with rather a lot of beetle visitors on them. Tried to id them myself from a beetle identification website. Trouble is, I really, REALLY can't stand to look at any insect close up - I find them revolting to the point of .... well you don't want to know. So, I got to about the 4th picture and just couldn't look at any more.

I thought they looked rather like shield bugs, but they are spotty. Although having studied the very last pic, I think I could be right as the green bug looks, if you enlarge the photo, as if it might be shedding its spotty covering. Any thoughts please? 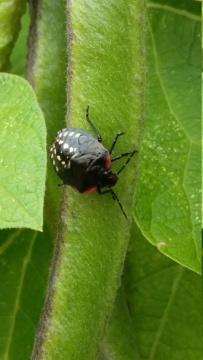 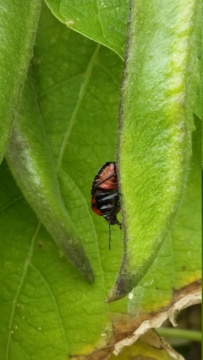 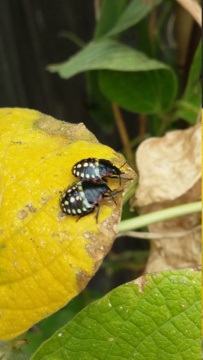 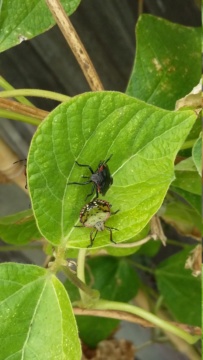 Just enlarged the last photo, as they aren't very clear on here. 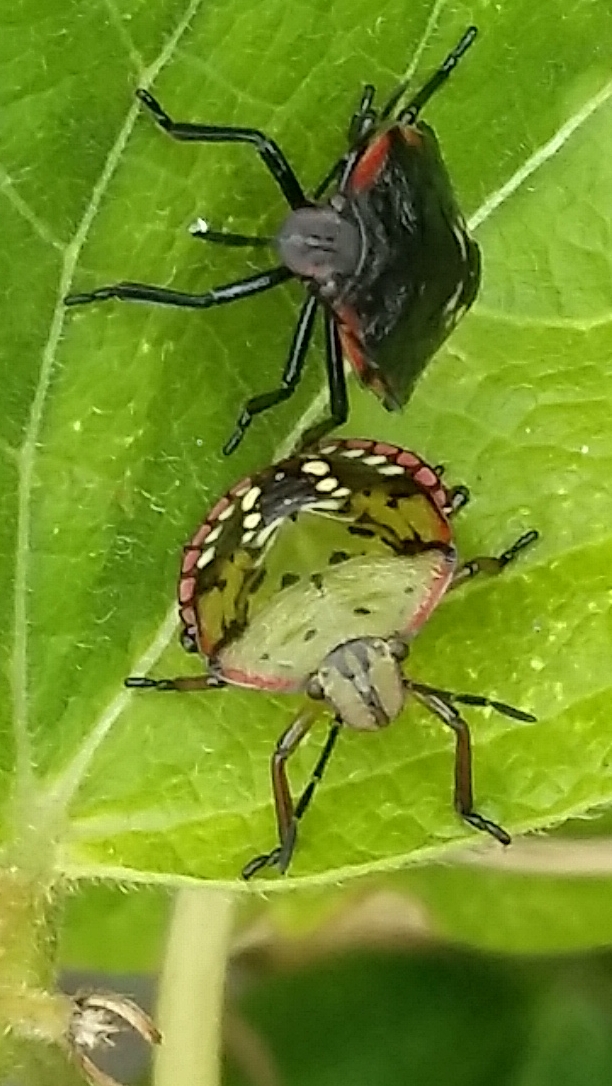 Think I've just answered my own question. This from the RHS website:

In 2003, another species of shield bug, the southern green shield bug (Nezara viridula) was found breeding for the first time in the London area
This arrival from elsewhere in Europe is up to 12 mm (about ½ in) long, making it slightly larger than the native green shield bug
The adults are uniformly green and lack a dark area at the rear end of the body
Immature southern green shield bugs are green or black with many white, yellow or pinkish-red circular markings on their upper surface
This species can cause damage to some vegetables, especially runner and French bean pods, but it remains to be seen whether it will become established to the extent that it becomes a pest
Whilst this bug can be a problem in other parts of the world, the evidence so far in mainland Britain is that the southern green shield bug does not become numerous until late summer or early autumn, by which time beans are coming to the end of their cropping period and so little damage is caused

https://en.wikipedia.org/wiki/Nezara_viridula - scroll down to the pictures of the lifecycle.

It has a preference for legumes, preferring to feed on plants that are fruiting or forming pods

- might not be the best thing to have on your beans then.