Turkey Coastal Nuclear Plant To Be Built Near Earthquake-Prone Area

Turkey Coastal Nuclear Plant To Be Built Near Earthquake-Prone Area

Turkey plans to build a coastal nuclear power plant close to an earthquake-prone area, dismissing neighbors' fears that Japan's nuclear disaster shows that the new plant could be a risk to the whole Mediterranean region.

Greece and Cyprus say the move is a gamble that could cause catastrophe and want the European Union to scrutinize the EU candidate's plan in a debate fraught with political and historical baggage. Turkish officials insist the plant is safe and necessary to keep the country's strong economy going.

The EU is reassessing the whole 27-nation bloc's energy policy and questioning the role of nuclear power on a continent where no one can forget that Ukraine's 1986 Chernobyl disaster spewed radiation for thousands of miles (kilometers).

But Turkey is standing firmly by plans to build three nuclear power plants in the years ahead – including one at Akkuyu on the Mediterranean coast, close to the Ecemis Fault, which an expert says could possibly generate a magnitude-7 quake.

Greece is staunchly opposed to the plant – calling out its historic rival at an EU summit at which the bloc agreed to checks on its 143 reactors.

"Nuclear power for us is not an option because we are in a highly seismically active region," Greek Prime Minister George Papandreou said in Brussels last week. "The EU will ask for stress tests to be carried out at existing and planned facilities in neighboring countries – and we stressed the fact that Turkey is planning to build a nuclear site at Akkuyu."

France has several plants not far from the Mediterranean, Turkey's neighbors Armenia and Bulgaria already have them, and several countries around the sea have announced ambitions to build ones. Turkey's plan, however, is drawing particular attention because of its temblors.

Akkuyu is 60 miles (100 kilometers) north of the island of Cyprus, which has been divided between ethnic Greeks and Turks since 1974, when Turkey invaded. Turkey says the 1,200-megawatt Russian pressurized water reactor, the VVER-1200 – a new model yet to be operated anywhere in the world – will be quake-proof and meets the highest nuclear safety standards.

Turkey has already signed a deal with Russia's Rosatom agency for the plant's construction, which has yet to begin, and hopes the completed facility will start producing electricity in seven years.
Story continues below
Advertisement

"We are in an effort to realize everything in a plan with all security measures," Prime Minister Tayyip Recep Erdogan said. "Turkey is becoming more powerful in industry and technology day by day. It is obvious that it will be in great need of power."

Erdogan has repeatedly downplayed risks at nuclear power plants since a magnitude-9 quake off Japan's northeastern coast triggered a March 11 tsunami that crippled the cooling systems of the Fukushima Dai-ichi nuclear plant. The plant has been spewing radioactivity ever since and officials admitted Saturday that highly radioactive water was leaking into the sea.

Erdogan says all investments have risks. "In that case, let's not bring gas canisters to our homes, let's not install natural gas, let's not stream crude oil through our country," he said a few days after the Fukushima accident.

"I wonder whether those who oppose nuclear energy do not use computers or watch television because of the radiation risk?" he added.

So far no country has reached a conclusion on the safety requirements for nuclear plants following the Fukushima accident, according to Mujid S. Kazimi, director of the Center for Advanced Nuclear Energy Systems at the Massachusetts Institute of Technology.

"But the lesson from Fukushima is not only to withstand strong earthquakes, but also to prevent loss of electric power systems needed for decay heat removal," Kazimi said in an email. "What is more important is to ensure that the complete loss of electric power will be avoided under the most severe expected external events."

Turkish Energy Minister Taner Yildiz says the high-end technology used in the construction of the Akkuyu plant will make it safer than Fukushima, which began operating in 1971. At Fukushima, nuclear engineers scrambled to prevent a total and simultaneous reactor meltdown at three reactors while dealing with overheating fuel rods in a damaged storage pool at a fourth reactor.

"I would not say 'yes' to anything that I was not comfortable about," Yildiz said.

But many in Turkey remember how Chernobyl contamination hurt the vital export of tea and hazelnuts and forced Turkish leaders to assure a worried public, drinking cups of tea daily in front of cameras to show it was not contaminated.

The nuclear standoff comes against a background of territorial disputes between Greece and Turkey, including in Cyprus. Activists have protested Turkey's nuclear plans at home and in Cyprus. Hundreds of protesters have marched in Istanbul, holding banners that read: "Don't let Akkuyu become Fukushima."

Greek President Karolos Papoulias joined the chorus last week, saying "the irrational insistence of Turkey to build a nuclear plant in a highly seismic region" endangers the safety of everyone in the region and "must be answered directly."

Cyprus President Dimitris Christofias said Cyprus, Greece and other southern European countries have raised the issue at the European Council.

"Mr. Erdogan must strictly get the message that earthquake-prone areas are not in the least appropriate to develop such projects," Christofias said.

But, fears of a strong earthquake near the nuclear power plant may be exaggerated, one expert said.

"It is possible, but with low probability," said professor Mustafa Erdik of the Istanbul-based Kandilli Quake Research Institute and Observatory, who has studied the fault line near the plant. "I don't think there will be any problem regarding the location and quake-design of the nuclear plant."

Erdik said, however, there was need for further scientific study since he last examined the site in 1987.

"Ecemis is an active fault zone. Its southward extension and distance from site is disputed and needs further evaluation," Erdik said. "It could possibly generate a magnitude-7 earthquake."

Turkey is also holding talks with Japanese companies for a second plant near the Black Sea coastal town of Sinop, 50 miles (80 kilometers) north of the North Anatolian Fault, which generated two powerful earthquakes that killed 18,000 people in western Turkey in 1999. Activists have also protested the selection of Sinop but with no immediate progress in that project, the spotlight is focused on Akkuyu.

Erdik said there was also "uncertainty" about the seismic activity near the proposed Sinop site.

Turkey has not disclosed the possible location of the third nuclear plant yet.

Turkey says the 1,200-megawatt Russian pressurized water reactor, the VVER-1200 – a new model yet to be operated anywhere in the world – will be quake-proof and meets the highest nuclear safety standards.

Didn't the world just realize that NO design is completely "quake proof"? There are more damage resistant designs to be used now than, perhaps, existed in the late '60's when the Fukushima plants began construction, but let's not confuse resistance to damage to a prevention of it. I believe that this issue is deserving of MUCH scrutiny. 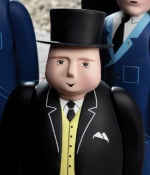 Re: Turkey Coastal Nuclear Plant To Be Built Near Earthquake-Prone Area

I've seen some really dodgy "risk assesments" in the press about Fukushima, which are probably relevant to the Turkish plans too.

One said that it was all really unlucky, because an earthquake of that magnitude is a once in a thousand year event. But the plant has been operating for 40 years already, so that makes it 4% or 25:1, if you're a gambling man. Not so unlikely to be neglected, considering the hazards involved.

A second commented that the plant was designed to withstand an earthquake, but the event that could not have been forseen was the double disaster of an earthquake and tsunami at the same time. Erm, they aren't exactly independent events, are they ?

It's a shame so few people truly understand probability.

Re: Turkey Coastal Nuclear Plant To Be Built Near Earthquake-Prone Area